Statistically savvy observers now cite the Many Labs paper as evidence that hidden moderators, "unobserved heterogeneity", are a big deal. For example, McShane & Böckenholt (.htm) cite only the ManyLabs paper to justify this paragraph "While accounting for heterogeneity has long been regarded as important in meta-analyses of sets of studies that consist of […] [conceptual] replications, there is mounting evidence […] this is also the case [with] sets of [studies] that use identical or similar materials.” (p.1050)

Similarly, van Aert, Wicherts , and van Assen (.htm) conclude heterogeneity is something to worry about in meta-analysis by pointing out that "in 50% of the replicated psychological studies in the Many Labs Replication Project, heterogeneity was present” (p.718)

Aside: in my opinion the I2 is kind of pointless.
We want to know if heterogeneity is substantial in absolute, not relative terms. No matter how inconsequential a hidden moderator is, as you increase sample size of the underlying studies, you will decrease the variation due to chance, and thus increase I2. Any moderator, no matter how small, can approach I2=100% with a big enough sample. To me, saying that a particular design is rich in heterogeneity because it has I2=60% is a lot like saying that a particular person is rich because she has something that is 60% gold, without specifying if the thing is her earring or her life-sized statue of Donald Trump. But I don't know very much about gold. (One could report, instead, the estimated standard deviation of effect size across studies ‘tau’ / τ). Most meta-analyses rely on I2. This is in no way a criticism of the Many Labs paper. 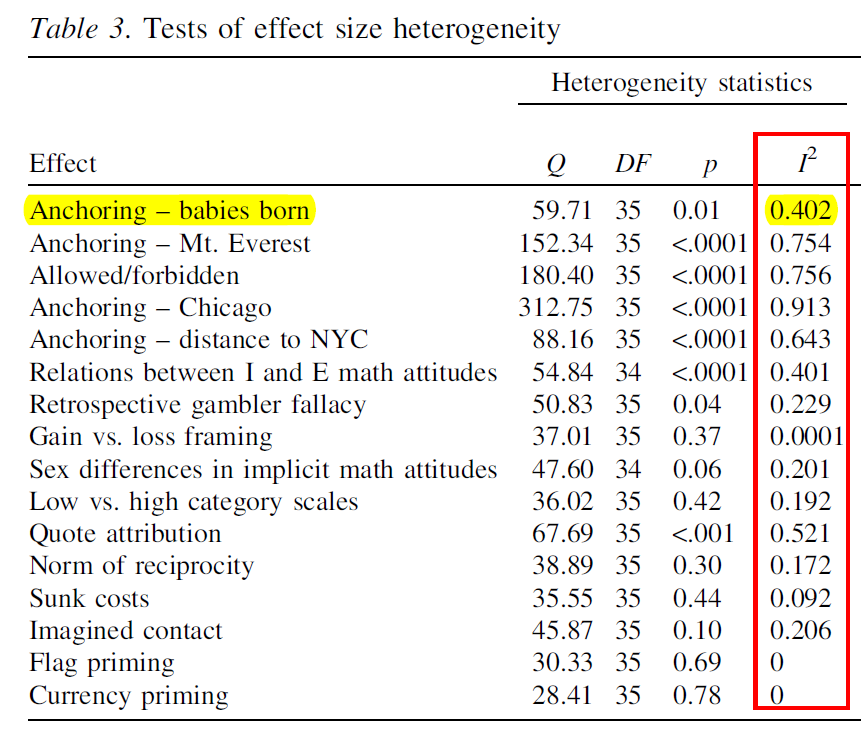 Shuffling data.
In essence, I wanted to answer the question: “If there were no hidden moderators what-so-ever in the anchoring questions in Many Labs, how likely would it be that the authors would find (false-positive) evidence for them anyway?”

To answer this question I could run simulations with made up data. But because the data were posted, there is a much better solution: run simulations with the real data.   Importantly, I run the simulations “under the null,” where the data are minimally modified to ensure there is in fact no hidden moderator, and then we assess if I2 manages to realize that (it does not). This is essentially a randomization/reallocation/permutation test [3].

The posted “raw” datafile (.csv | 38Mb) has more than 6000 rows, one for each participant, across all labs. The columns have the variables for each of the 13 studies. There is also a column indicating which lab the participant is from. To run my simulations I shuffle that "lab" column. That is, I randomly sort that column, and only that column, keeping everything else in the spreadsheet intact. This creates a placebo lab column which cannot be correlated with any of the effects. With the shuffled column the effects are all, by construction, homogenous, because each observation is equally likely to originate in any “lab.” This means that variation within lab must be entirely comparable to variation across labs, and thus that the true I2 is equal to zero.  When testing for heterogeneity in this shuffled dataset we are asking: are observations randomly labeled “Brian’s Lab” systematically different from those randomly labeled “Fred’s Lab”? Of course not. 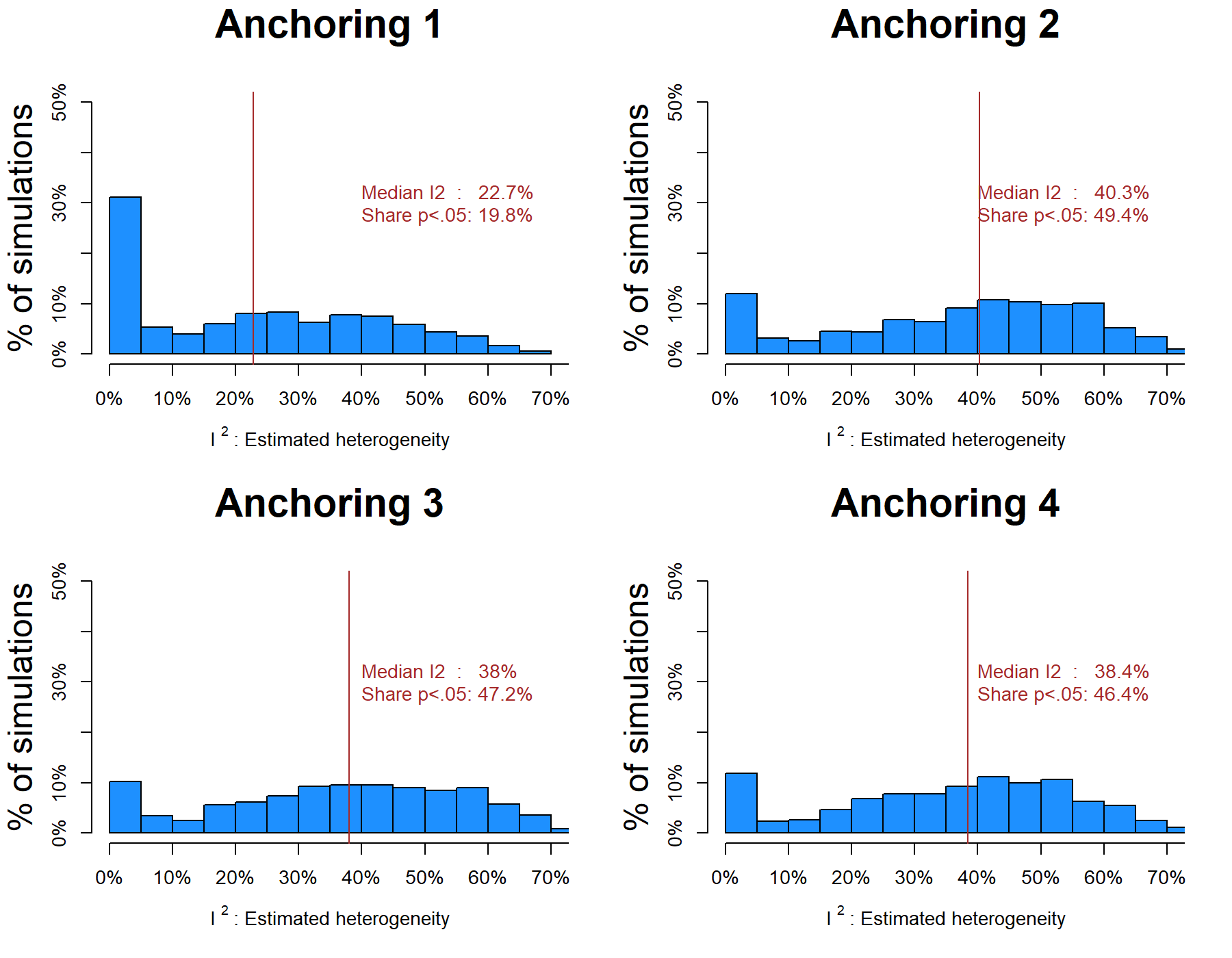 Author feedback
Our policy is to share drafts of blog posts that discuss someone else’s work with them to solicit feedback (see our updated policy .htm). A constructive dialogue with several authors from Many Labs helped make progress with the reproducibility issues (see footnote 1) and improve the post more generally. They suggested I share the draft with Robbie van Aert, Jelte Wicherts and Marcel Van Assen and I did. We had an interesting discussion on the properties of randomization tests, shared some R Code back and forth, and they alerted me to the existence of the Rucker et al paper cited above.