You can't un-ring a bell. Once people receive information, even if it is taken back, they cannot disregard it.

The two of us, Berkeley Dietvorst (Booth – U of Chicago .htm) and Uri, just published a paper (.htm suggesting that, actually, people generally can ignore information; the issue is they don't want to. Here it goes in about 500 words.

Studies 1 & 2: About 70% of people think information they "should" ignore is helpful
Participants completed a study based on the classic 1975 study by Fischhoff (.htm), where participants given the "correct" answer to a multiple-choice question over-estimated how many people would give that answer. We asked (paraphrasing) "Would using the information increase accuracy?". About 70% of people thought using the correct answer would lead to greater accuracy. Same for Camerer et al 1989 (.htm) "curse-of-knowledge", see footnote [1]. In other words, participants don't share the assumption made by the the experimenters, that they "should" ignore the information. They probably were not even trying to ignore it. 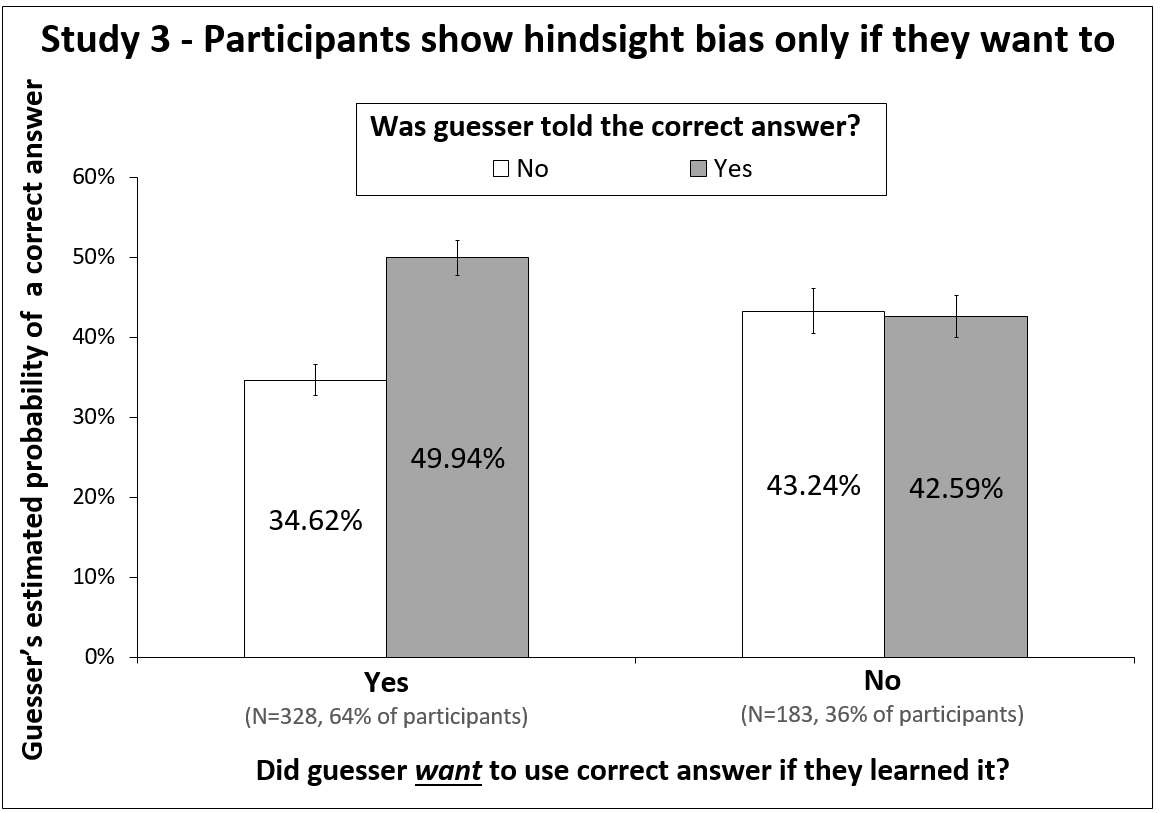 A man is accused of killing his ex-wife and male neighbor. The evidence is weak, except for an intercepted phone call where the man confesses. The question is whether the judge's instruction that jurors should ignore the phone call actually gets them to ignore it.

Kassin and Sommers (1997 .htm) showed that if the judge instructs jurors to ignore the call because it is unreliable (e.g. the recording is of poor quality and not understandable) then many people do, in fact, vote not-guilty. However, if the reason given is that the call was intercepted without a warrant, many more people vote guilty. First we replicated the finding and found it was 'mediated' by wanting to use information. Then, we asked: can you persuade people to ignore valid but illegally obtained information? 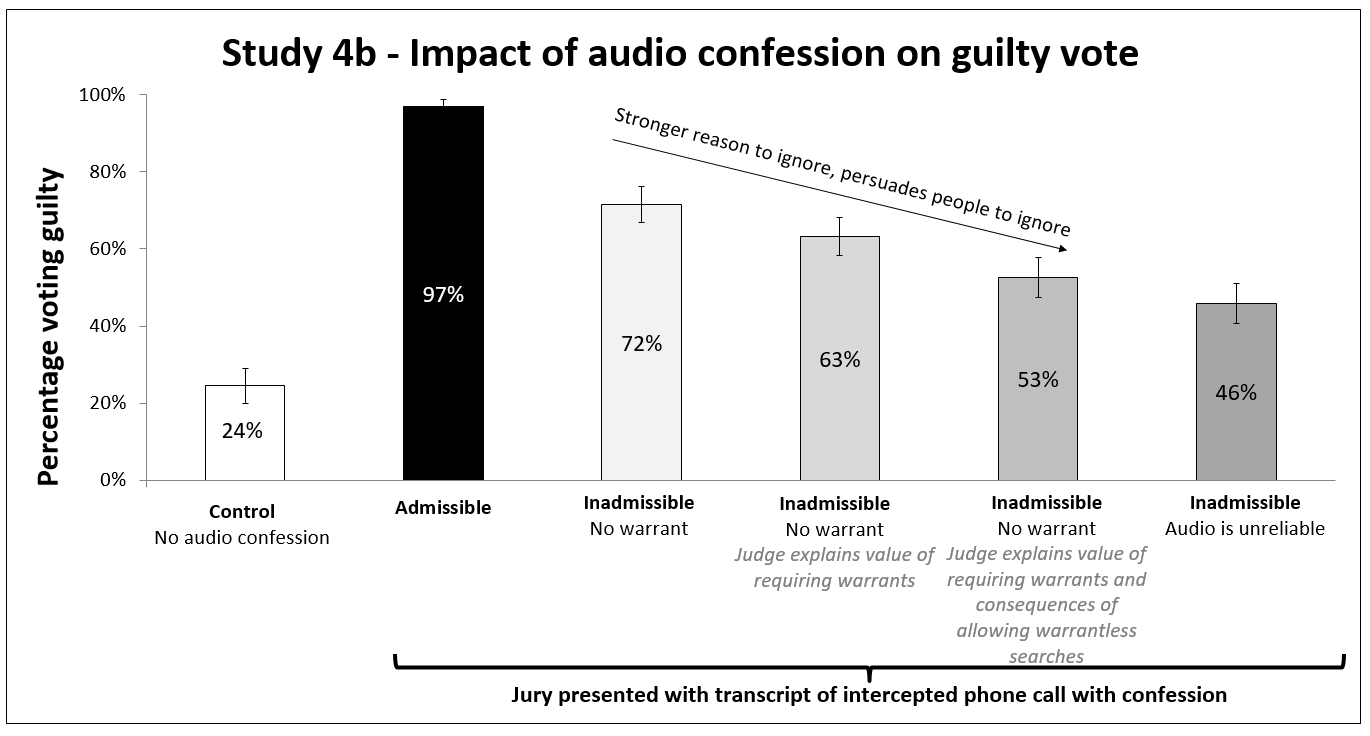